The Supreme Court of Georgia Restores Power To The People 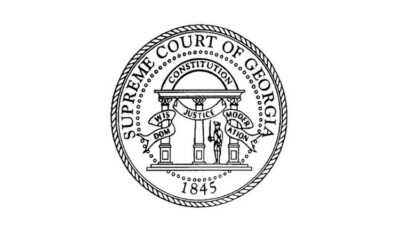 The Supreme Court of Georgia affirms that People have Standing

The Supreme Court of Georgia affirms that People have Standing

On Tuesday October 25, 2022, the Supreme Court of Georgia issued an an opinion regarding the case of The Sons of Confederate Veterans v. Henry County Board of Commissioners with monumental consequences. The opinion states clearly that a member of the public has standing to sue the government for breaking the law even if the action caused no harm. This is HUGE!!! Very Huge!

During my 2018 campaign for Governor (you may recall I came in 3rd, behind Stacy and Brad) one of my top issues was repealing Sovereign Immunity, which is a throwback to the early English Law tradition when Kings decreed that you could not stand before them to freely speak your grievance, or sue them in court, but the Magna Carta changed that. Up until some point in the 1960’s a people (not a person, because a person is a legal fiction, like a corporation) could take a government actor to court and would have standing, but also back then, people could present evidence to a Grand Jury which has the legal authority to indict anyone, anywhere, for any violation of any law. It is my supposition that both access to the courts and the Grand Juries had become increasingly restricted, slowly, over several decades under the influence of progressive Marxists working their way through the 45 goals of Communism as read into the Congressional Record on January 10, 1963.

I hope that my 2018 campaign advocacy re-invigorated the legislators’ efforts. It took two legislative sessions and much hard work to devise a way to end Sovereign Immunity that would circumvent any Gubernatorial veto. The answer was to put it to the people of Georgia as an Amendment to the Constitution. The measure passed by 74% and was largely ignored due to the controversy in the 2020 Presidential race. Nonetheless this change in the Constitution enabled lawsuits against the government officials involved in election shenanigans, and there were many suits filed. None of the suits filed in Georgia ever got to the trial phase of presenting evidence. They were all dismissed over lack of standing and the oral arguments were all about proving individualized injury.

This court decision affirms that we have standing, and always have had standing to sue the government officials for breaking the law, regardless of “individualized Injury.”

AS YOUR GOVERNOR, I WILL HOLD ELECTED, APPOINTED AND HIRED OFFICIALS ACCOUNTABLE TO OUR LAWS

“After a full review of relevant history and context, our answer is this: to invoke Georgia court’s “judicial power,”  a plantiff must have a cognizablr injury that can be redressed by a judicial decision. Courts are not vehicles fr engaging in merelyacademic debates or deciding purely theorhetical questions. We “say what the law is” only as needed to resolve an actual controversy. To that end, only plaintiffs with a cognizable injury can bring a suit in Georgia courts. Unlike federal law, however, that injury need not always be individualized; sometimes it can be a generalized grievance shared by community members, especially other residents, taxpayers, voters, or citizens.” [Pg 2]

“Georgia has long recognized that members of a community, whether as citizens, residents, taxpayers, or voters, may be injured when their local government fails to follow the law. Government at all levels has a legal duty to follow the law; a local government owes that legal duty to its citizens, residents, taxpayers, or voters (i.e., community stakeholders), and the violation of that legal duty constitutes an injury that our case law has recognized as conferring standing to those community stakeholders, even if the plaintiff suffered no individualized injury.” [Pg 3]

“Because the Georgia Constitution is the source of the judicial power of state courts, federal standing requirements do not control our analysis.”[Pg 15]

“And it is unsurprising that we have extended this logic to “voters,” because they, like citizens and taxpayers, are community stakeholders. Voters may be injured when elections are not administered according to the law or when elected officials fail to follow the voters’ referendum for increased taxes to fund a particular project, so voters may have standing to vindicate public rights” [Pg 50]

Here are a few of the 45 Goals of Communism

11. Promote the U.N. as the only hope for mankind. If its charter is rewritten, demand that it be set up as a one-world government with its own independent armed forces. (Some Communist leaders believe the world can be taken over as easily by the U.N. as by Moscow. Sometimes these two centers compete with each other as they are now doing in the Congo.)
12. Resist any attempt to outlaw the Communist Party.
13. Do away with all loyalty oaths.
14. Continue giving Russia access to the U.S. Patent Office.

15. Capture one or both of the political parties in the United States.

16. Use technical decisions of the courts to weaken basic American institutions by claiming their activities violate civil rights.

17. Get control of the schools. Use them as transmission belts for socialism and current Communist propaganda. Soften the curriculum. Get control of teachers’ associations. Put the party line in textbooks.

18. Gain control of all student newspapers.
19. Use student riots to foment public protests against programs or organizations which are under Communist attack.
20. Infiltrate the press. Get control of book-review assignments, editorial writing, policymaking positions.
21. Gain control of key positions in radio, TV, and motion pictures.
22. Continue discrediting American culture by degrading all forms of artistic expression. An American Communist cell was told to “eliminate all good sculpture from parks and buildings, substitute shapeless, awkward and meaningless forms.”
23. Control art critics and directors of art museums. “Our plan is to promote ugliness, repulsive, meaningless art.”
24. Eliminate all laws governing obscenity by calling them “censorship” and a violation of free speech and free press.
25. Break down cultural standards of morality by promoting pornography and obscenity in books, magazines, motion pictures, radio, and TV.
26. Present homosexuality, degeneracy and promiscuity as “normal, natural, healthy.”
27. Infiltrate the churches and replace revealed religion with “social” religion. Discredit the Bible and emphasize the need for intellectual maturity which does not need a “religious crutch.”
28. Eliminate prayer or any phase of religious expression in the schools on the ground that it violates the principle of “separation of church and state.”
29. Discredit the American Constitution by calling it inadequate, old-fashioned, out of step with modern needs, a hindrance to cooperation between nations on a worldwide basis.
30. Discredit the American Founding Fathers. Present them as selfish aristocrats who had no concern for the “common man.”
31. Belittle all forms of American culture and discourage the teaching of American history on the ground that it was only a minor part of the “big picture.” Give more emphasis to Russian history since the Communists took over.