Fulton County Board of Commissioners Are Acting Outside the Law 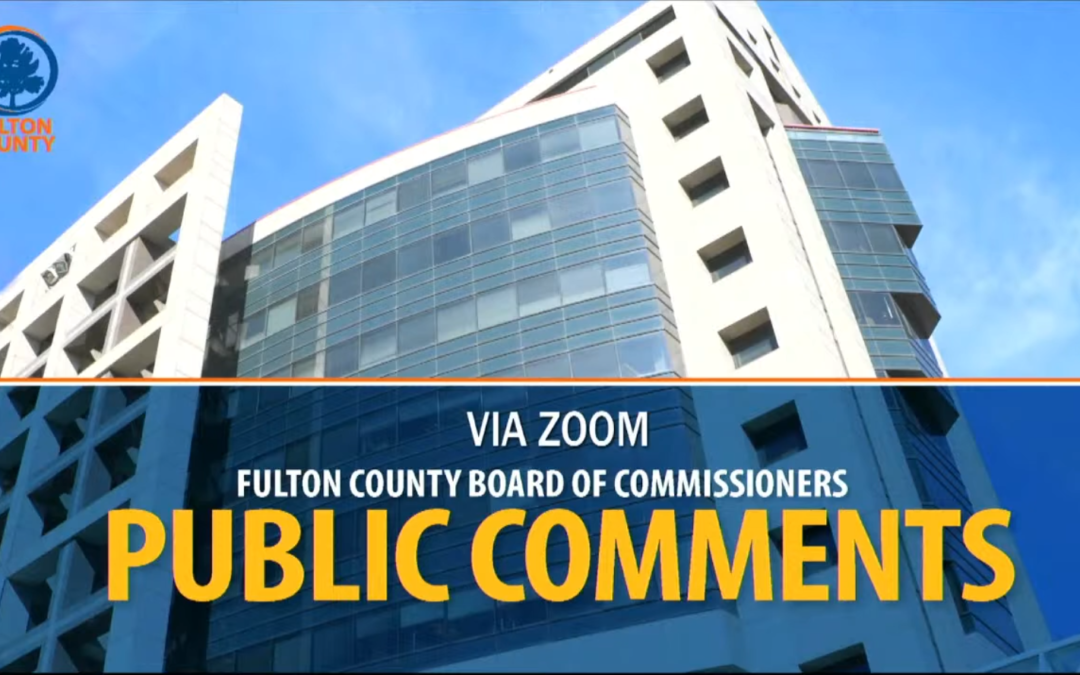 Elected officials take an oath to uphold the Constitution of the US, and of the State, and the Laws of the State.  Fulton County is VIOLATING Georgia Law! Right Now! In our faces!

The synopsis is this; A Memorandum of Understanding (MOU) between Fulton County and The Carter Center was entered in mid October. The agreement allows 100 Carter Center designated “Poll Monitors” into Fulton County election facilities, for up to six months. However, O.C.G.A. 21-2-408 makes no provision for “Poll Monitors” and specifies that only Political Parties, Political Bodies, and Independent candidate can designate poll watchers, but it gets worse.

Quoting a friend, here’s the other maladministration – “According to GA Code § 21-2-107, the State Election Board shall appoint three competent persons to serve as members of the performance review board, one of whom shall be an employee of the elections division of the office of Secretary of State and two of whom shall be local election officials, provided that none of the three appointees shall be a local election official for the county or municipality under review. The State of Georgia employs Ryan Germany as General Counsel for Secretary of State Raffensperger. By personnel matrix, his status resides officially within the front office and administrative layer, directly reporting to Secretary Raffensperger.”

It is no secret that The Carter Center has intimate ties to the Democrat Party, from donors to elected officials and candidates. Did you know that The Carter Center has deep and intricate ties to China? All of that is on their website, unless they’ve deleted it now that the light is shining on them. I contributed to this article, and my friend wrote an Pulitzer level article that you need to read  to get Part 2 of this post –  The Georgia Record

Now that you’ve read that article the next installment is the Public Comment segment of the Nov. 2 Fulton County Board of Commissioners (BOC) meeeting. There were 15 people that spoke for two minutes each to the BOC citing the specific laws they were violating by entering into the agreement with The Carter Center to allow poll monitors. At the 17:28 second mark, my friend Matt served a Notice and Demand to the BOC to void the agreement or else the BOC members’ surety bond holders would be notified. Surety bonds are issued on the strict condition that the government actor comply with the law. The impact of losing the surety bond is that you have no legal coverage when sued for mal-, or mis-feasance, and/or mal-, or mis-administration. So, watch the public comment video and then you’ll be ready for Part 3.

“We hereby request that you immediately terminate the MOU and withdraw The Carter Center from the Fulton County election property at the soonest possible time, but no later than close of business on Friday, November 4. If you do not comply with our asserted, lawful request, we reserve the right to pursue any and all available legal and equitable remedies. As of the reading of this letter, your public official bond company has been notified of these multiple violations of your duty, along with the clear and present risk to our county.” My last article covered the Supreme Court of Georgia publishing the decision that taxpayers and voters can sue government officials when they break the law, even if there is no individualized injury. These guys are breaking several laws.

This matter is not yet over.