Yes You Can Take A Picture Of Your Ballot 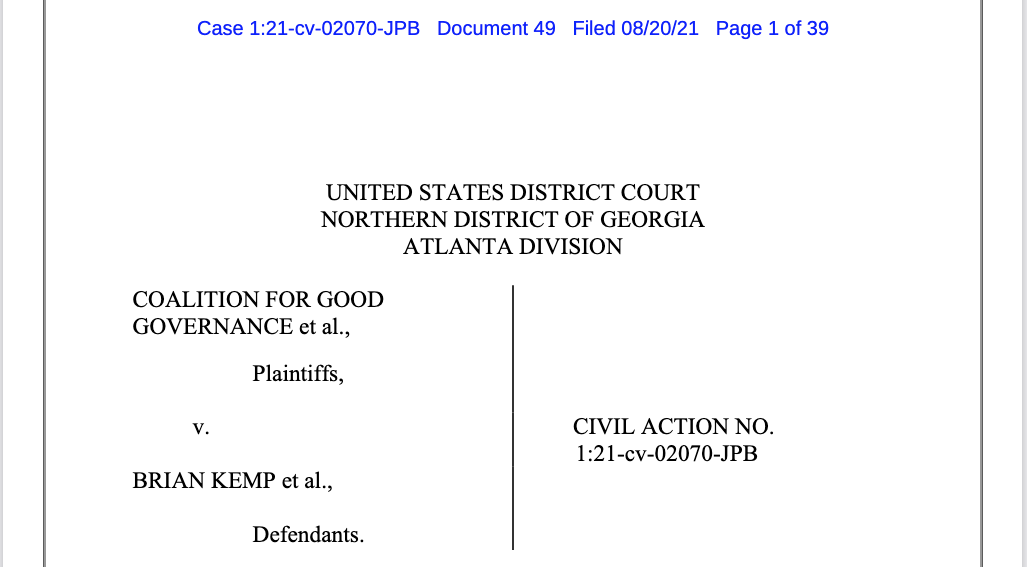 “ATLANTA (AP) — A federal judge has found that a part of Georgia’s sweeping new election law that broadly prohibits the photographing of a voted ballot is likely unconstitutional.

U.S. District Judge J.P. Boulee on Friday granted a preliminary injunction on that section of the law, meaning it cannot be enforced for now. In the same order, he declined to block a number of other provisions that mostly have to do with monitoring or photographing parts of the election process.

The judge’s order came in a lawsuit filed by the Coalition for Good Governance, an election integrity group, and others. Boulee wrote that the plaintiffs in the lawsuit “have shown a substantial likelihood of success on the merits of their claim” that the broad ban on photographing a voted ballot in both public and nonpublic places violates their First Amendment rights.

The new law, known as SB 202, also adds a voter ID requirement for mail ballots, shortens the time period for requesting a mail ballot, results in fewer ballot drop boxes available in metro Atlanta and gives the State Election Board new powers to intervene in county election offices and to remove and replace local election officials.”

III. CONCLUSIONHaving reviewed and fully considered the papers and evidence submitted inconnection with Plaintiffs’ Motion for Preliminary Injunction (ECF No. 15), theCourt GRANTS the Motion with respect to Photography Rule II

State Defendants are hereby enjoined fromenforcing Photography Rule II until further order of the Court.The Court recognizes that a preliminary injunction is an extraordinaryremedy that should be granted sparingly, especially when it enjoins enforcement ofa statute, but finds it is appropriate here given the constitutional rights at stake andPlaintiffs’ satisfaction of the requisite burden.SO ORDERED this 20th day of August, 2021. 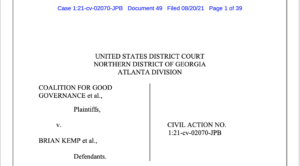